They were towering, tiny, friendly, and fierce. The dinosaurs were one of the most extraordinary creatures on our planet in the past. First evolving from 230 million years ago and becoming extinct around 66 million years ago. So they have been on Earth for more than 160 million years. But how do we know about their size, their feeding habits, their habitat and the extinction of the species, paleontologists (a scientist who studies fossils and ancient lifeforms) have found thousands of their skeletons and fossils worldwide. Now thanks to their research, their theories, and 21st-century technology, we have made them peaceful giants from the books to blood-thirsty killers in sci-fi films. With the information and analysis we have collected, we have a pretty good idea of what they looked like, how they behaved, and what was on their daily menu. Now here's your chance to do some paleontological studies of your own.

How to use the dino guide.

Click on one of these time periods during the Mesozic Era, the time of the dinosaurs, and study on over 40 species of these magestic reptiles. Learn about everything from their feeding habits, to their characteristics and their place in pop culture ( movies, tv shows, etc.).

Since there have been thousands of skeletons that have been discovered, and with a new fossils being found every 7 weeks. We have being studing the bones to see how the muscles, tendons, nerves and blood vessels were arranged on the bones. However, laying skin over all the muscle is a matter of guess work. From the tiniest amount of skin impressions found, palentologists have concluded that their skin was much like reptiles, which is scaly, tough, and waterproof. But to adapt and blend in with the environment around them, they had to have a differet varitey of colors and textures such as ridges and stripes, and since blending in was important, poka-a-dots were ruled out. So in the pop culutural world, all dinosaurs had different skin designs.

Under the Skin of a predator,

Besides herbivores and carnivores, there are 5 groups of these creatures. Those groups are theropods (walking on two legs), Sauropodomorphs (long legged herbivores), Thyreophorans ("shield bearers", plates or large scales on back, clubs or spikes on tale), Ornithopods (hadrosaurs), and Marginocephalians (hard heads made of bone, three horns and a frill or ceratopsins).

Since the dinosaurs have disappeared from the planet, so did there habitats. Just because the landscapes have changed over 65 million years, doesn't mean that science doesn't have a clue of what it was like back then. So when palentologist dig up the skeletons, they try to find any kind of flaura that has been fossilized. What they find and identify is pretty shocking to the paletonology world, they have uncovered leaves or cones that belong to the world's largest trees, such as sequoia and redwood trees and some other species that live in tropical environments. So the areas were completely different than it was today.

For film makers, they had to find the best places that seem like dinosaurs would feel like home. For example, for Tim Hanes' series "Walking with Dinosaurs."

With the skeletons uncovered and the right environment located, it's time to put the creatures back into the wild. But with the fossils in suspended animation, how can filmakers bring them back to life? To find out how these ancient creatures used to walk, animators would first use modern animals to see how their way of life affect they're movement and how does the shape of their body affect their movement.

Just like the modern animals today, the dinosaurs ate in two groups. The most common ones were the herbivores and according to palentologists, most of the herbivores had different eating styles and they digested the most nutrious plants that they could find. The top plants around were conifers tree leaves, ferns and ginkos. However, grass was never around during the Mesozic Era, so they could browse like todays modern cows and deer. Also, most of them didn't chew until the mid-cretacous period when the duck bill hadosaurs were around. Before the hadosaurs, most of the other like sauropods swallowed their food whole and swallowed stones to help them digest. 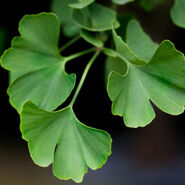 To understand how the carnivores should requires a different strategy, there food didnt grow on trees so the key question was: "How did they hunt?" By judging the skeletons and research, there are four ways that the carnivores could've hunted and killed their prey. Either they can use an ambush or surprise attack to confuse their prey. Biological weapons, like Dilophosaurus venom or Tyrannosaurus saliva. Working together in a group or pack, like most small carnivores like the raptors or chasing down the prey until they're slow enough and exhuasted. A predator who uses these techinques can be successful at catching there prey.

Chase down and exhaust their prey.

Every dinosaur is different, but not when it comes to battling for or attracting a mate. So how exactly did the males compete against other males, fight off other species and who do they attract the opposite gender of their species. Once the couple have been together for a while, they can begin to breed more of their own species, or have young of there own, How many eggs can the female lay and when is their incubation period? Also, once hatched, how does the adults take of the young until the are mature enough to be on their own and how does it take for the junville to grow until it reaches its full size.

The King is winning the battle

These videoes can be helpful for children. Worksheets to the videos will be up A.S.A.P.